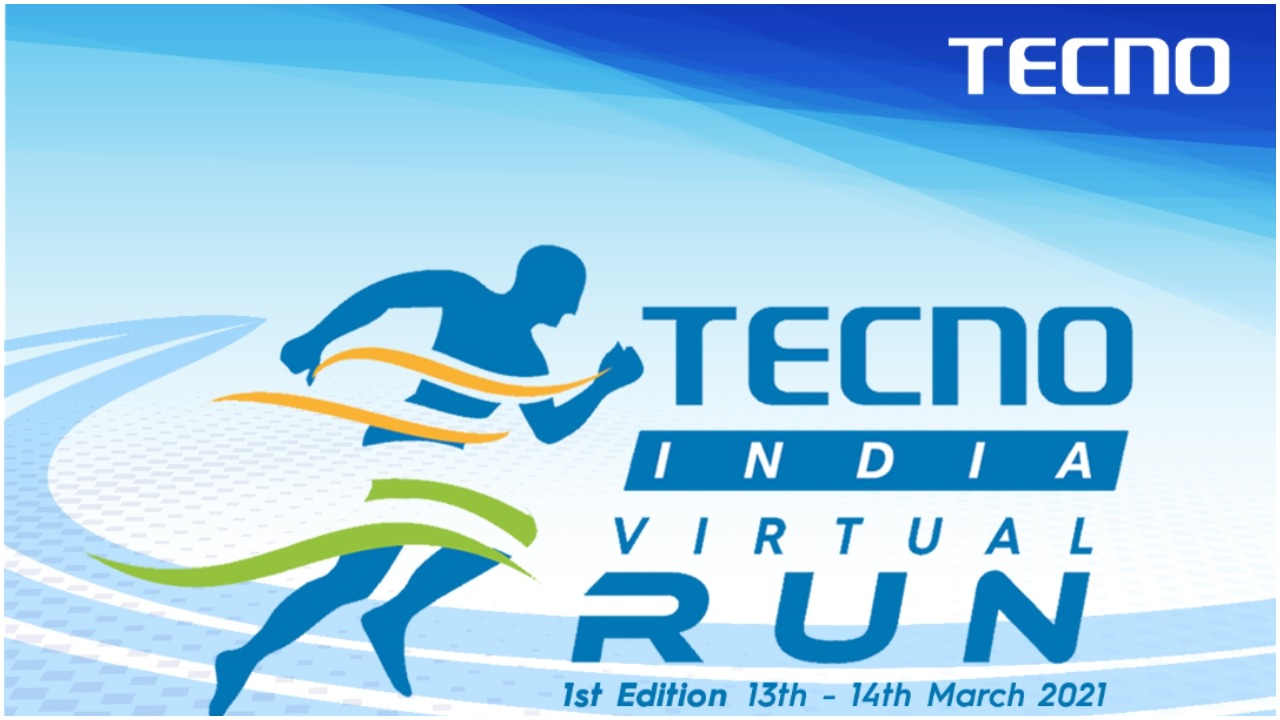 Global premium smartphone brand Techno announced the launch of its first virtual version of Techno India Run on Tuesday. This is an initiative by the brand to connect with the youth of the country and strengthen the Fit India Movement of the Government of India. This virtual run will be held from 13 to 14 March. In this, it will be ensured that all the participants are actively associated with their favorite subject. The idea is to start a campaign based on the Techno CMR study. Studies done on this showed that three out of seven users thought of doing something new during the lockdown period, be it an activity or a hobby.

The Techno India Virtual Run is being organized in collaboration with leading sports enterprise ‘You to Can Run’, which will be led by 100 race ambassadors in India. One of them is Kranti Salvi, who in the prestigious Berlin Marathon in 2018, wearing a nine-yard sari and was entitled to a Guinness World Record. Apart from this, his efforts have also been appreciated in the Boston Marathon in 2017, NYC Marathon in 2018, Comrades in 2019 and Chicago Marathon in 2019.

Apart from these, India’s only kidney transplant surveyor Shibani Gulati, who runs in the half marathon, Minimal Runner (barefoot runner), adventure traveler, TEDX speaker, including Akash Nambiar of Bangalore, will be among the many eminent runners.

Arijit Talapatra, CEO of Transan India said in his statement, the epidemic has led people to think more holistically about health and fitness became a priority for people while carrying out day to day activities. is. People are beginning to strengthen their overall health thanks to virtual workouts and we believe that the future is going to be a mix of both digital and physical.

Techno India Virtual Run will have three categories: 2 km performance walk, 5 km speed run and 10 km power run. More than 8000 participants are expected to participate in it, which shows it as the most loved initiative of recent times. Participants will receive a jersey, neckware and an e-certificate.

Everyone can participate in this, including fitness enthusiasts, amateur runners, professional runners and beginners. Participants have to register online or at select retail outlets by 10 March. After registration, participants will receive a confirmation mail with a link to the Techno app.

Along with this, awards have also been placed for the top 10 creative entries on social media. These will also be given in a wireless speaker gift and the first 7 runners to start the race soon will get a wireless speaker priced at Rs 1,299.